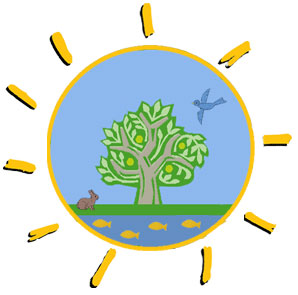 The technological and scientific advancements in the Post War World II society, the domesticity at war as framed by Beatriz Colomina, and contemporary globalization, have created a dominant contemporary belief that everything is possible, everything can be achieved, and everything can be acquired. Contemporary people are brought up in environments in which they believe that their needs and demands can be infinite, and they have right not only to ask for the impossible, but also demand to get it right away. However, physical space and natural resources are not infinite. One should be able to control and quell their desires, in order to learn to appreciate what is available to them.

Under this scope we decided to approach this project, designing a conservatory and a botanic garden, as an opportunity to embrace people with the idea of the Forbidden. Since natural resources are not infinitely abundant, people should understand that there is something they simply cannot have. The idea that there is something at the heart of the project that simply cannot be approached, touched or acquired, will augment the visitors' desire, and this experience will help them speculate on the way they live their lives in abundance of desires and conquests; a transgression.

We have chosen to represent the Forbidden by using a collection of nectars from the flowering plants of the garden. Nectar is a sweet liquid secreted by flowering plants to attract pollinators during pollinating season. Humans usually consume a derivative of nectar processed by bees - honey.  The nectar, the desired drink of the Olympus' Gods, is the forbidden. Visitors will be able to seek it, to desire it, to see it, but not to acquire it. 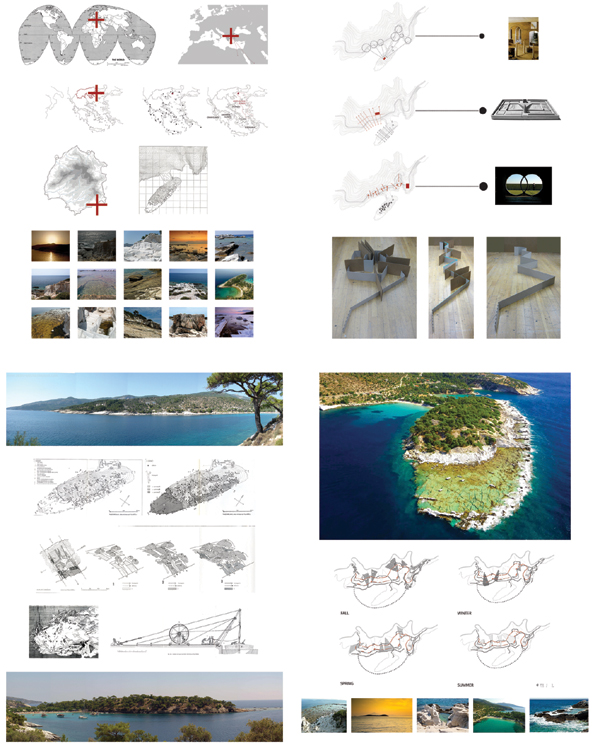 Our site is adjacent to an ancient marble quarry in the Greek island Thassos, which has been the source of iconic architecture of marble, including Hagia Sophia and Mecca. In approaching the site we considered how to address the historic value of the area that makes it a significant place, and understand its use as a marble quarry. The garden and the conservatory establish a triangulated relationship with this ancient quarry. 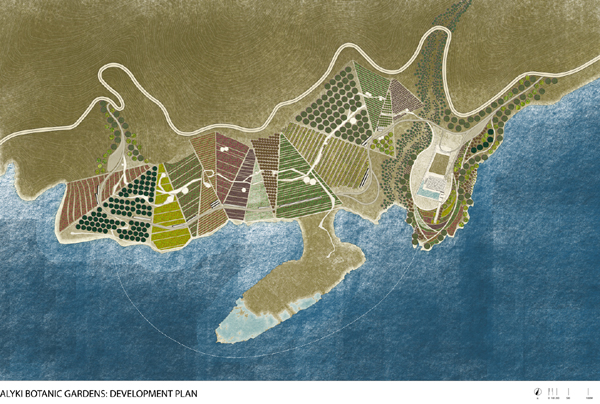 The "Nectarium", or the garden, reforms the landscape in a way that it reads the shore line and responds to it perpendicularly, and also through adjusting and transforming the contour lines to a series of platforms, others oblique, and other divided by tiers -always addressing the needs of the plants, in a way that the process that created the quarry is read, and a dialectic to the quarry is established. The collection is consisted of 16 plant species, each one of them has its own platform, and each of these plants is native to the island and used to create the regional - seasonal famous honey. In this way the landscape acts as a "quarry of experiences", as framed by James Corner. 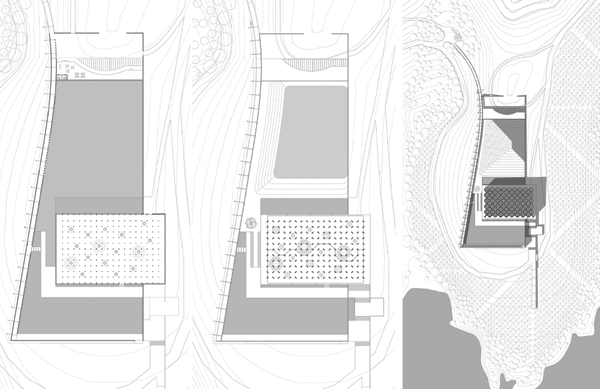 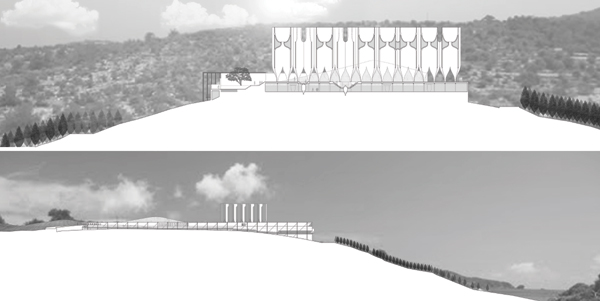 The "Nectorium", or the temple of nectars, sits on a cleared marble hilltop adjacent the to the garden in a walled compound, accessed by long pathways along the white marble walls.  The Nectorium takes the abstracted form of ancient Roman amphora as they packaged and stored during transportation. 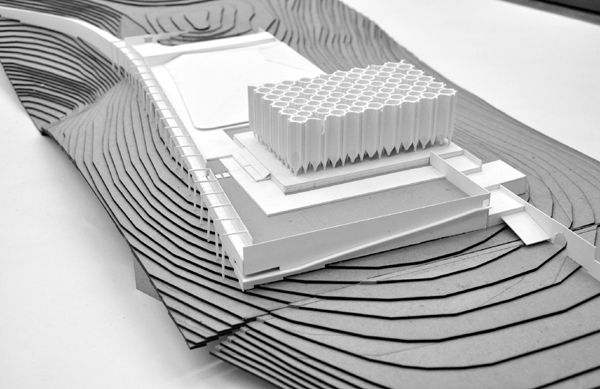 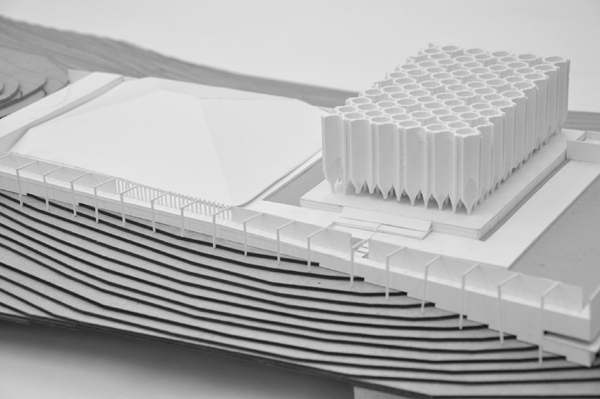 The tall and chimney-like form of the temple creates a stack effect that draws up the aromas of the nectars stored below the 'podium,' which the temple sits.  Visitors can step down to the nectar wells, where they can sit and enjoy the aroma of the nectars; or simple to sit and contemplate.  Next to the temple is a polished marble mount, creating this constant juxtaposition of nature and manmade object, the growing ambiguity of the two in current architectural discourse.  The Grand staircase on the southeast corner of the compound extends down the hilltop, and it continues on a clearing to the ocean below.

On few occasions throughout the year, a ceremonial procession will be held, where nectars will be gathered from the garden and brought back to knoll by boat and parades up the hill to the glowing white temple.

"You care about gardens when you feel trust, hope in the future; and also when you are aware that the powers of destruction are greater than the powers that keep the garden alive".

Tweet
back to top
FaLang translation system by Faboba

(Κατηγορία: Τα χωριά μας)
Panagia is a classic village with a rich history and, unfortunately, many unknown aspects. It is one of the richest and ...
...Περισσότερα

(Κατηγορία: Τα χωριά μας)
Potos situated in the southwest part of Thassos, is an old fishing village and also the port of Theologos which is the o...
...Περισσότερα

(Κατηγορία: Ιστορία)
During the period of the 1821 revolution, Thassos breathed a short period of freedom, when the Greeks arrived to the isl...
...Περισσότερα 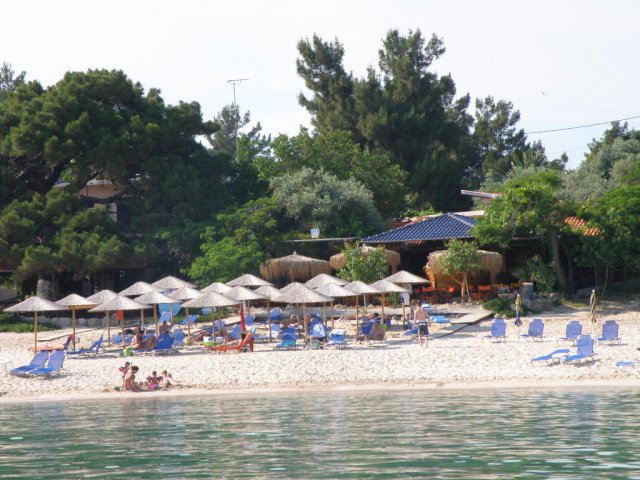 The company was established in 1999, during a period when the food industry in the EU and the USA was experiencing numerous scandals (mad cow disease, dioxins etc). The disasters caused by conventional farming and its intensive mass-production rates, inspired the creation of such a company aiming to build a healthier relationship between man and nature...